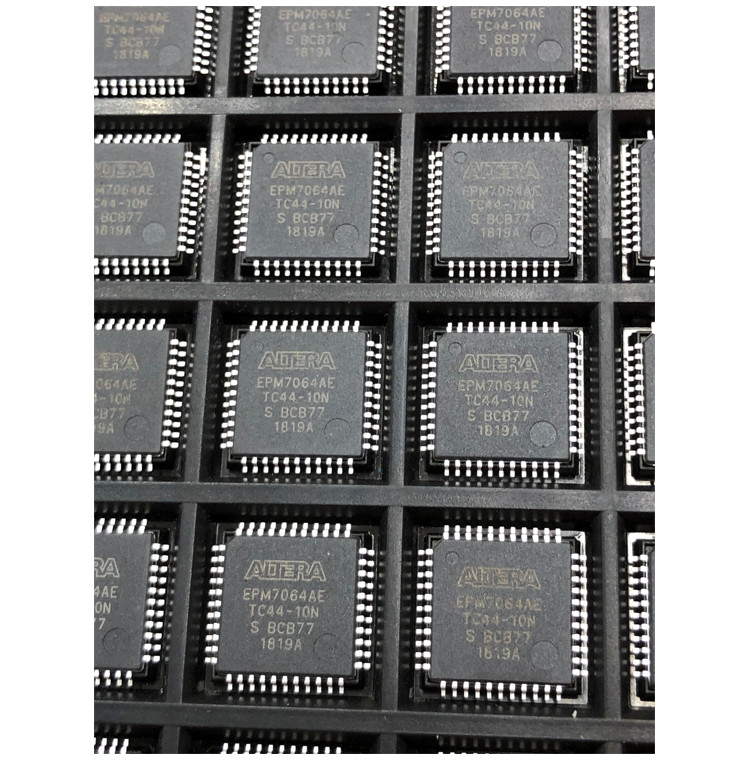 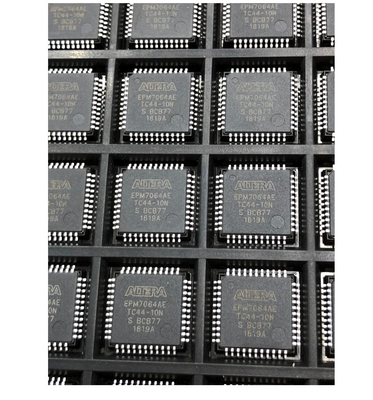 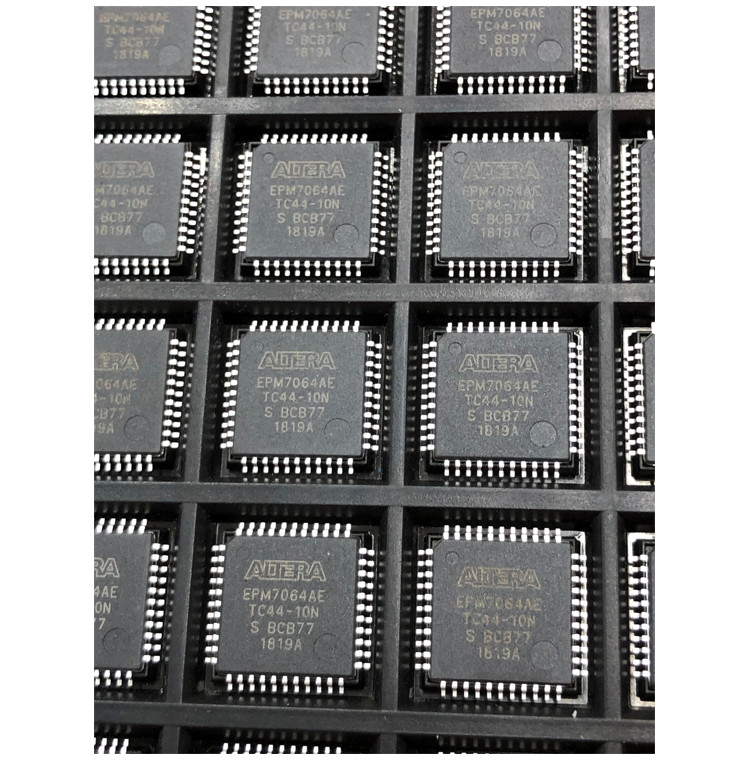 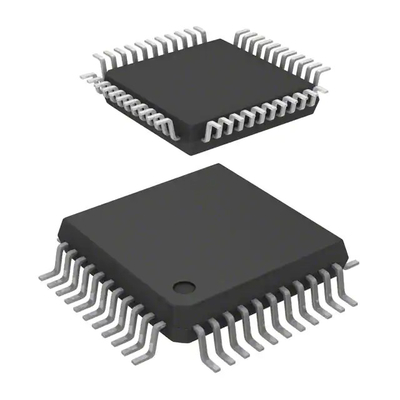 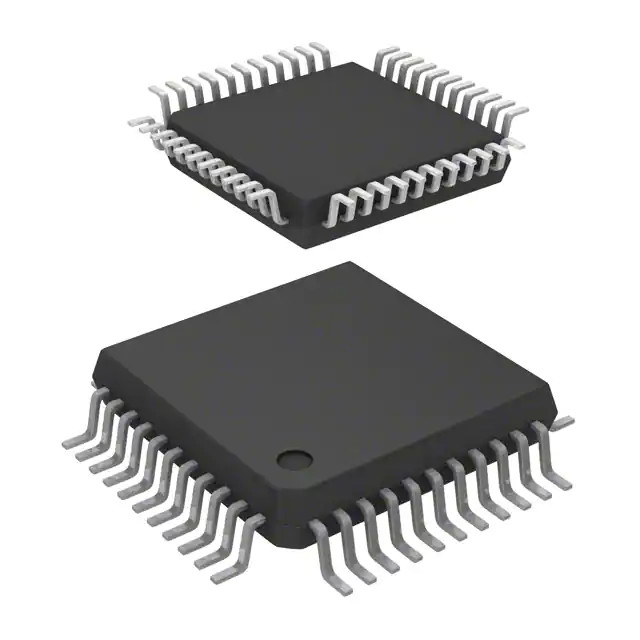 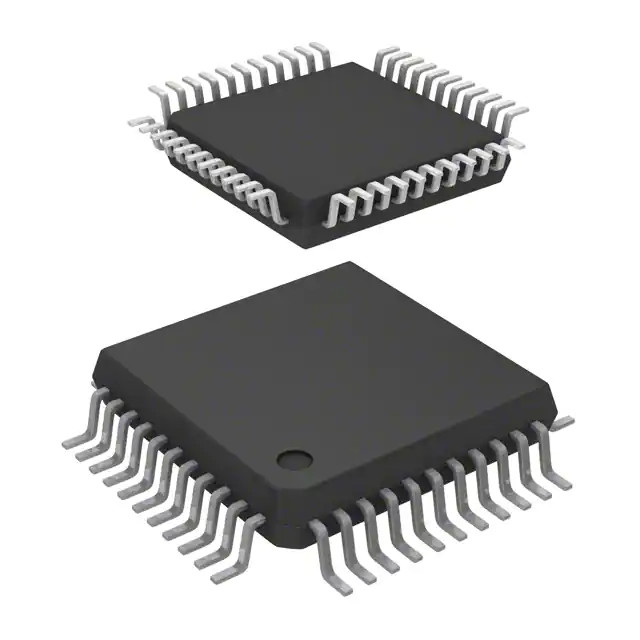 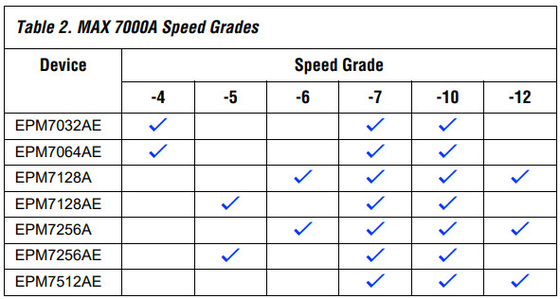 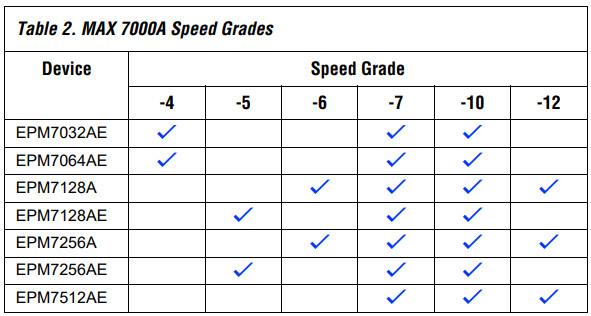 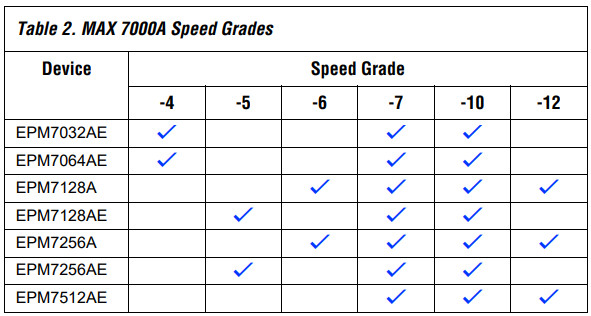 The MAX 7000A architecture includes the following elements:

or as high-speed, global control signals (clock, clear, and two output enable signals) for each macrocell and I/O pin.

4.5-ns pin-to-pin logic delays with counter frequencies of up to 227.3 MHz

MAX 7000A devices can be programmed in-system via an industrystandard 4-pin IEEE Std. 1149.1 (JTAG) interface. ISP offers quick, efficient iterations during design development and debugging cycles. The MAX 7000A architecture internally generates the high programming voltages required to program EEPROM cells, allowing in-system programming with only a single 3.3-V power supply. During in-system programming, the I/O pins are tri-stated and weakly pulled-up to eliminate board conflicts. The pull-up value is nominally 50 kΩ. MAX 7000AE devices have an enhanced ISP algorithm for faster programming. These devices also offer an ISP_Done bit that provides safe operation when in-system programming is interrupted. This ISP_Done bit, which is the last bit programmed, prevents all I/O pins from driving until the bit is programmed. This feature is only available in EPM7032AE, EPM7064AE, EPM7128AE, EPM7256AE, and EPM7512AE devices. ISP simplifies the manufacturing flow by allowing devices to be mounted on a PCB with standard pick-and-place equipment before they are programmed. MAX 7000A devices can be programmed by downloading the information via in-circuit testers, embedded processors, the Altera MasterBlaster serial/USB communications cable, ByteBlasterMV parallel port download cable, and BitBlaster serial download cable. Programming the devices after they are placed on the board eliminates lead damage on high-pin-count packages (e.g., QFP packages) due to device handling. MAX 7000A devices can be reprogrammed after a system has already shipped to the field. For example, product upgrades can be performed in the field via software or modem. In-system programming can be accomplished with either an adaptive or constant algorithm. An adaptive algorithm reads information from the unit and adapts subsequent programming steps to achieve the fastest possible programming time for that unit. A constant algorithm uses a predefined (non-adaptive) programming sequence that does not take advantage of adaptive algorithm programming time improvements. Some in-circuit testers cannot program using an adaptive algorithm. Therefore, a constant algorithm must be used. MAX 7000AE devices can be programmed with either an adaptive or constant (non-adaptive) algorithm. EPM7128A and EPM7256A device can only be programmed with an adaptive algorithm; users programming these two devices on platforms that cannot use an adaptive algorithm should use EPM7128AE and EPM7256AE devices. The Jam Standard Test and Programming Language (STAPL), JEDEC standard JESD 71, can be used to program MAX 7000A devices with incircuit testers, PCs, or embedded processors.

MAX 7000A devices offer a power-saving mode that supports low-power operation across user-defined signal paths or the entire device. This feature allows total power dissipation to be reduced by 50% or more because most logic applications require only a small fraction of all gates to operate at maximum frequency. The designer can program each individual macrocell in a MAX 7000A device for either high-speed (i.e., with the Turbo BitTM option turned on) or low-power operation (i.e., with the Turbo Bit option turned off). As a result, speed-critical paths in the design can run at high speed, while the remaining paths can operate at reduced power. Macrocells that run at low power incur a nominal timing delay adder (tLPA) for the tLAD, tLAC, tIC, tEN, tSEXP, tACL, and tCPPW parameters.